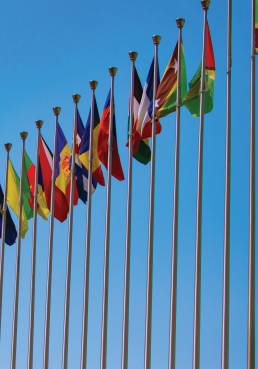 Picture this: a wide-eyed African father flees persecution in his home village, surviving a nightmarish voyage in a rickety boat over choppy waters across the Mediterranean or the Atlantic. Days later, he arrives in a city like Rome, Amsterdam, Paris, Lisbon, Athens – or even Johannesburg. Then – knowing nobody and desperate – he hustles any way he can to secure food, a safe shelter, someone who can explain his bewildering new environment and culture to him, and – if he’s very lucky – a menial source of income.

But soon after his arrival, if he isn’t killed or detained by the cops, he stands accused of a myriad evils, including stealing jobs from locals, flouting immigration laws and – if he’s of Nigerian origin – selling drugs and human trafficking. No prizes for guessing where this story’s going.

I’ve just described the plight and living conditions of migrants all over the world today. In SA, foreign nationals were recently brutally attacked in many parts of Johannesburg, Pretoria, Durban and Cape Town in yet another xenophobic outburst, which saw dozens of terrified refugees choosing to return to their war-torn countries rather than risk the hatred and barbarity of Mzansi.

The attacks have soured our relations with many African countries and world leaders: Rwandan President Paul Kagame and DRC President Flix Tshisekedi have openly expressed their disgust at the treatment of migrants in SA.

While our diversified economy, financial systems and infrastructure are key attractions to international markets, our recurrent xenophobic pogroms will surely affect our future developmental goals in a very bad way. A recent review by a government agency showed that there were entrenched negative perceptions of SA all over Africa because of this.

The review also found that SA is losing its competitive edge in both global and African markets due to our poor market entry strategies and “know-it-all” attitude.

American President Donald Trump, among others, is leading anti-immigrant sentiments across his country and openly attacks Mexicans, Muslims and African-Americans. At the time of writing, efforts to impeach him for soliciting the help of Ukrainian President Volodymyr Zelensky in undermining his political rival, Joe Biden, were underway. Should he remain in office, however, his prejudice and aggression towards foreigners are likely to continue.

Trump began his term in office by launching an initiative to erect a 1 125km wall along the American-Mexican border to prevent drugs, illegal immigrants and “undesirables” from there (as well as other South American countries such as Cuba, Colombia, Venezuela and Brazil) from entering the USA. 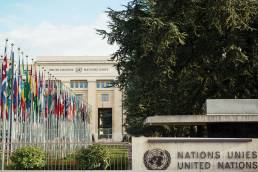 In recent years, Trump’s anti-immigrant stance has been echoed in Europe. In Italy, France, Hungary, the Netherlands and Austria, far-right-wing parties are gaining traction through their xenophobic rhetoric.

The United Nations (UN) General Assembly in September discussed issues of climate change, security, “silencing the guns” in Africa by 2020 and the plight of migrants across the world, but failed to come up with a solid blueprint for dealing with these problems. When will world leaders actually stop talking and start doing something about them?

We’ve seen the same inaction in the absolute failure of the UN’s eight Millennium Development Goals. It’s hard not to come to the conclusion that the world is a huge, rudderless ship heading out to misery and anguish.

There is a silver lining, though. We hope that recent commitments to deal with migration issues – such as the Global Compact for Safety, Orderly and Regular Migration adopted in Marrakech, Morocco in 2018 – will result in improvements for these defenceless people.

On the climate change front, we’ve also seen the implementation of the Work Programme of the Paris Agreement (the so-called “rulebook”) at COP24 adopted at Katowice, Poland.

Best of all, we’re seeing more young people speaking out and making a diff erence on these issues. These youngsters are impassioned, intelligent, tenacious – and confi dent. In the USA, the alarming frequency of spree killings in schools and universities caused students to stage walkouts, demanding better gun controls. And Swedish schoolgirl Greta Thunberg led a global youth climate strike in September demanding environmental responsibility. Older, more seasoned climate activists expressed surprise at the impact she made in such a short time.

As they say, it’s never too late to change.