AFTER A FEW YEARS’ WORKING IN CORPORATE AS A LAWYER, ZIYAAD NANABHAY’S PASSION FOR WELL-MADE SUITS, GOOD FABRIC AND CREATIVITY LED HIM TO START HIS OWN GENTLEMEN’S STORE, CAVALIER, IN 2015. THE SHOP OFFERS BESPOKE GARMENTS, ACCESSORIES AND STYLE ADVICE UNDER ONE ROOF 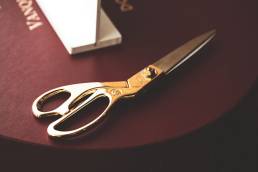 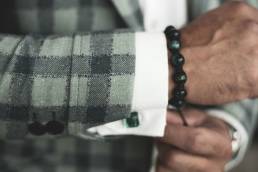 A lack of money could have stopped him from pursuing his vision. For the son of a mechanic and teacher, it took commitment and courage to risk everything and make the dream a reality.

“I maxed out all my credit cards, bonded my house and borrowed money wherever I could. We started off with very little cash,” he recalls.

Four years later, business is good. The shop, located in Jo’burg’s plush Melrose Arch shopping and lifestyle complex, provides discerning gentlemen with hand-tailored suits and accessories for weddings and all other special occasions.

As a devout Muslim, Nanabhay starts every morning with Fajr, a prayer before dawn. It’s an integral part of his faith and sets the tone for the rest of the day. “The prayer gives me time to reflect before anything begins,” he explains.

This health-conscious entrepreneur also goes to gym every weekday morning, but admits that the reason is also partially cosmetic. As an ambassador of his business he wants to look good in his suits, but it serves a higher purpose too. “Besides the exercise part of it, I also enjoy meditating, which is something I’ve begun doing recently,” he says.

Meditating for 30-40 minutes at gym is a way for him to reflect inwards and learn more about himself. “I want to know myself better,” he says. This time spent in stillness allows him to separate his body from his soul and channel negative physical energies. He believes the practice is vital.

The working day usually begins with a team meeting at 10.30am, where the day’s agenda is planned and Nanabhay checks on how everything’s doing in the shop. Unlike most CEOs, he takes a hands-on approach to running his business. Most of the materials used to make the suits are imported from Italy and the UK, so Nanabhay guides his staff in procuring them, as well as sourcing accessories. A midday lunch is followed by another prayer, as stipulated by his faith.

“When that’s done, I usually go to my workshop for the earlier part of the afternoon to check on what’s happening. I want to know what the progress is and whether anything needs my attention,” he says.

Maintaining excellent customer relations is essential for an exclusive business like Cavalier. Meetings with clients take up most late afternoons.

Before the store closes at 6pm, he has a final meeting with his team for a report on the day’s trade.

Instead of flopping down in front of the TV when he gets home, Nanabhay enjoys spending an hour reading and gathering his thoughts. “I prefer business books and motivational works, as well as anything that helps me channel my spirit,” he says. “I’m not a TV person. I read, pray again and try to get a good night’s rest,” he explains.

In a country like SA, where entrepreneurs face a host of challenges, it’s important to have a mentor. Nanabhay, however, says he’s chosen a friend and fellow entrepreneur to be his sounding board. Most Tuesday afternoons the pair meet to exchange ideas and learn from each other.

“He’s been an entrepreneur a lot longer than I have. We usually meet for a cigar and a cup of coffee. We discuss matters of business and if there’s anything I need advice on, that’s when I’ll ask for it,” he says.

Nanabhay’s belief in self-mastery extends to his small team. He’s evolved his leadership style to allow his team members to take the initiative and get on with things, since he believes that people who need micro-managing are clearly the wrong employees. He delegates work to his staff and steps in only when there’s a serious issue to deal with.

“I like to let people do what they need to do. It empowers them to believe they’re capable. Only a weak leader rules with fear,” he explains.

The rising cost of living and widespread job losses are causing almost all South African consumers to tighten their belts. The effects of this downspending are particularly felt by shops like Cavalier. Nanabhay says remembering why he started the business and constantly redefining his goals keep him going. For him, success is a fluid target that’s continuously growing and evolving.

“Success when I started off may have been to make X amount of money. Now success means having things run so smoothly that I’m less stressed out and lead a more beautiful existence,” he says.

I LIKE TO LET PEOPLE DO WHAT THEY NEED TO DO. IT EMPOWERS THEM TO BELIEVE THEY’RE CAPABLE. ONLY A WEAK LEADER RULES WITH FEAR. 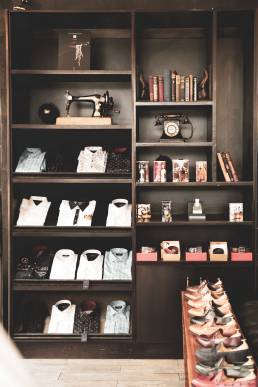